Traveling from Clark to Makati or vice versa will only take an hour once the Malolos-Clark Railway Project is already operational.

Taking the initial steps into turning this vision into reality, the Department of Transportation (DoTR) has recently signed two civil works contracts for the construction of the railway and a station that will form part of the infrastructure.

DoTR Undersecretary for Railways John Batan said that the first contract is a joint venture between Spain’s Acciona Construction Philippines, Inc, and EEI Corporation. It involves the construction of 6.5 kilometers of railways and the underground Clark International Airport station, which will serve as an integrated airport station to the overall masterplan development of the Clark International Airport. 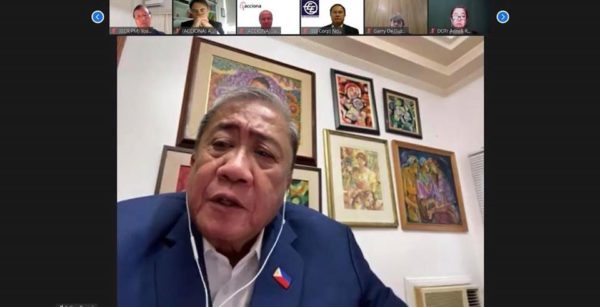 According to him, the station will serve as the terminal station for the Philippines’ first airport express train service running at 160 kilometers per hour.

Batan described the project to be the country’s largest railway yard and maintenance facility. He added also that, together with the yard for the Subic-Clark Railway Project, it will constitute 60 hectares of depot complex, one of the largest in the region.

The Asian Development Bank (ADB) will finance the Maloloc-Clark Railway project. In a statement, the ADB said that the contract signing will jumpstart the construction phase, creating much-needed jobs and boost local economic activities.

ADB Director General for Southeast Asia Ramesh Subramaniam said that ADB remains strongly committed to working with the government, development partners, and the private sector to deliver infrastructure for all Filipinos.

“The Malolos-Clark Railway is expected to be completed by 2024. When the entire North-South Commuter Railway system is operational, we expect up to one million passengers will ride the train daily on this modern, safe, and efficient system by 2040,” says the ADB official.