They say necessity is the mother of innovation—a need or a problem will stimulate one’s creativity to discover a way to address or solve it.

Such is the “happy” accident that started it all for Natureal Juice. Allysa Karin Pang’s parents were avid fans of freshly-squeezed calamansi juice. However, she shared, her parents noticed the mainstream channels lack authentically fresh fruit juice.

“If you wanted the refreshing taste of the real thing, you would either have to squeeze and mix it yourself, or settle for bottles of heat-pasteurized calamansi juice—which may or may not have artificial colors, flavors, or preservatives—which are not, by the way, but just different,” Allysa said.

With the increasing demand for real and fresh products, they realized that there must be a market for such products. Thus, Natureal Juice was born. 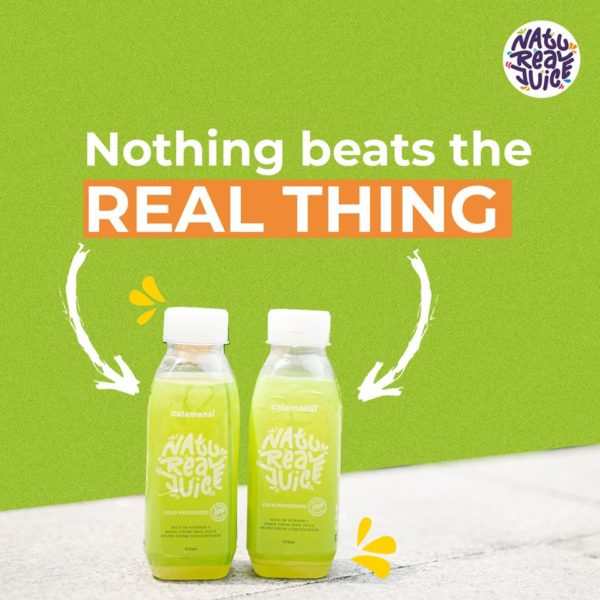 Natureal Juice, a brand under Glory Foods Corp, the almost 70-year-old business of Allysa’s family comes in three flavors—calamansi, mango fusion, and passion fruit. Aside from that, the makers also offer two seasonal flavors, green mango and watermelon, and less-sugar variants of the regular flavors.

While it is not the only product in the market that offers such, Natureal Juice commitment is to provide a product that is 100-percent natural using ‘real fresh fruit ingredients, without any artificial colors, flavors, or preservatives.

Natureal Juice is mostly available in its branches in malls across General Santos, Cagayan de Oro, and Digos Cities. Just recently, they expanded their distribution in Metro Manila and Cebu City. However, the COVID-19 pandemic halted these plans.

Juice production has to be stopped and all mall-based kiosks shut down their operations.

To avoid product expiration, they decided to donate these to the frontliners.

They resumed juice production two weeks ago, relying on e-commerce to push the sales of Natureal Juice.