Filipinos love to hunt for a good bargain in anything we buy, be it the latest gadgets or food! That’s actually one of the reasons why a lot of cheap but delicious food brands easily become popular. You could see that in the many people flocking to carinderias and food stalls by the sidewalk.

This is also one of the appeals of Ate Rica’s Bacsilog because it offers delicious yet readily affordable meals.

It all began in 2006 when Rica, after experiencing ‘endo’ (end of contract) at many jobs, decided to work abroad. While waiting for her papers to work in Dubai, she borrowed Php20,000 from her dad to build a makeshift food pushcart to sell food in Agno Street near De La Salle University (DLSU).

Selling her trademark ‘bacsilog’ made from fried rice, bacon, egg, and melted cheese for just Php38, Rica would soon build loyal clientele at DLSU. In just 6 months, she was able to recover her capital and was already earning so much money that she decided to cancel her plans to go abroad. 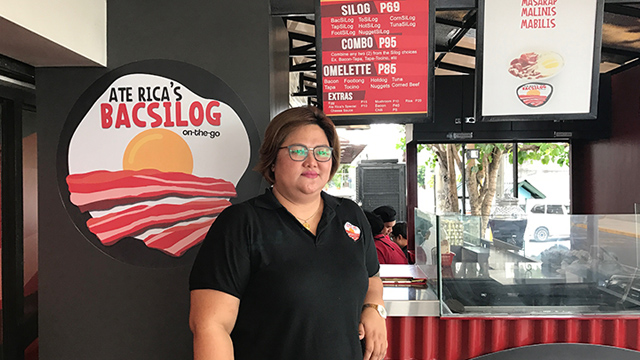 Soon, she was able to open a stationary food cart in 2008 and would sell about 100 to 150 cups per day. When she finally formalized her business, naming it as Ate Rica’s Bacsilog, she had to get the proper permits, pay rent, and pay government taxes, among other expenses. She had to raise the prices to Php69 per cup, yet her loyal customers continued to patronize the business.

She would soon expand to the University of Santo Tomas (UST) in 2015 before opening the business to franchising in 2017, with the help of a loyal customer who had now grown up and became a lawyer, Dino de Leon.

The business model primarily caters students and office workers; thus, the franchise is best placed near schools, malls, offices, and other commercial establishments. 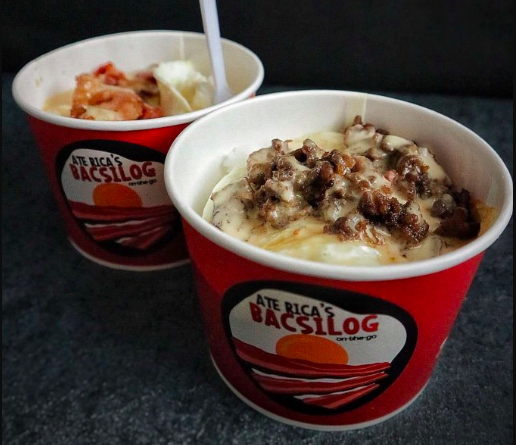 The total franchise package of Ate Rica’s Bacsilog is at Php 450,000. It covers the following:

To signify your plans to get a franchise, you can use the following contact details: