MANILA, Philippines- Compared with the past five presidents of the Philippines, the country’s gross domestic product (GDP) growth under the Duterte administration’s first full year is the highest.

From 6.4 percent in the first quarter of 2017, the Philippines’ GDP climbed to 6.5 percent, making the average annual GDP growth under President Rodrigo Dutete’s first full year in the office 6.6 percent. This annual growth rate is considered the highest among the GDP growth rate during the first four quarters in the office of the five most recent presidents namely Benigno Simeon Aquino III (5.3%), Gloria Macapagal-Arroyo (2.9%), Joseph Ejercito Estrada (0.2%), and Fidel Ramos (0.7%). 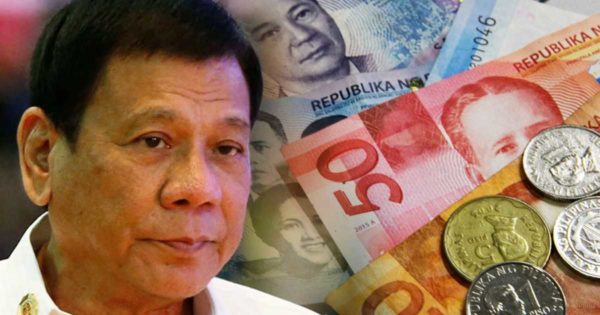 It should be noted that average GDP growth rate for Ramos and Estrada were below one percent, while Arroyo’s first year in power saw better at 2.9 percent.

Although Aquino’s first quarter posted a higher GDP growth rate compared to Duterte, his succeeding quarters had lower growth rates resulting to an average of 5.3 percent.

The increase in GDP is considered a measure of economic output and is often deemed as one of the major accomplishments of any president. This is the reason why incumbent presidents as well as their economic managers compare GDP during their term with that of the past president.

Just before his first year in the office, the Philippine economy was named as the “10th Fastest Growing Economy in the World” by the World Bank’s latest edition of Global Economic Prospects. In an article written for Forbes.com, it was predicted that the country will have a GDP growth rate between 6.5 percent to 7.5 percent, a figure almost twice the Philippines’ long -term growth. Experts believe stable macroeconomic environment of low inflation and low debt to GDP ratio have benefited the Philippine economy.