After rising from bankruptcy, Sanicare founder Renato Sio managed to grow his company to become one of the leading makers of paper and tissue products in the Philippines! Here are some business lessons he wants to share with other entrepreneurs.

Sacrifice the Present for Your Future

Just like everything else in life, there is no guarantee that your business will become successful just because you put all your efforts to build it. Moreover, your business could still fail even if others succeeded in the exact same thing!

But for Sio, the best thing to do is to sacrifice the present for the future. This does not apply to relationships, of course. He meant that when he started doing business, he and his family had to sacrifice making trips abroad, eating out at restaurants on a weekly basis, and shopping to their hearts’ content.

Instead, they all spent their time planning and helping the company grow. 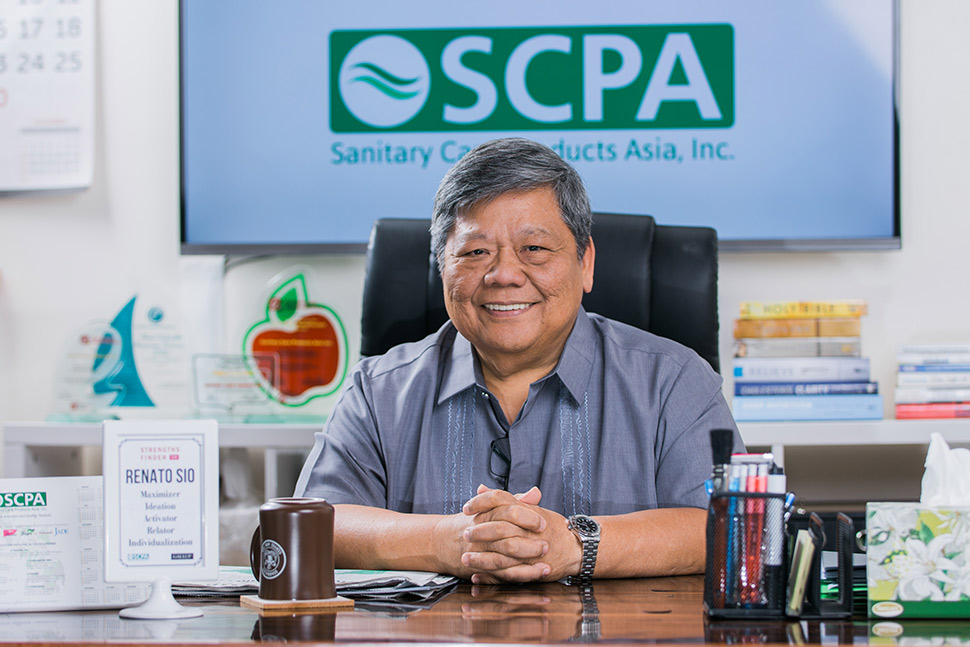 Don’t Give Up, Move Forward

Sio built Sanitary Care Products Asia Inc. (or simply Sanicare) using money from his retirement pay. There were some people from that company who moved to Sanicare to work for him. When the company was hit by a financial crisis, he knew he just couldn’t tell these workers that he can’t afford to pay them and that they are now jobless. They had trusted him.

So, he worked harder. He woke up early to meet with customers and spent hours looking for bankers to help him out. Most banks turned him down, but a small one granted him a loan that he was able to use to rise from bankruptcy.

While there are brands that wish to wipe out the competition by offering very cheap products, Sio did not do that because he also wanted his products to be known for providing the best value for customers through competitive pricing.

He did offer the products at 40% less than the leading brands to attract supermarkets into displaying his goods. As the brand grew and attracted more customers, he knew he was on the right track.

By understanding his target market, Sio was able to create products for different types of customers.

“Those who fold the tissue paper like our Sanicare brand because it takes only two folds to get the desired thickness while those who like to crumple, they use the Tisyu brand because it is soft and not too rough to use.”

Aside from Sanicare and Tisyu, the company also sells tissue brands Femme, Jade, Cheers, and Naturale as well as household cleaners and other hygiene products.