We’re not really sure if US President-elect and successful American businessman Donald Trump is an excellent public speaker, but if he managed to convince more than 59 million Americans to vote for him without any political experience, then we can certainly learn a thing or two from his speeches.

Here are top speaking tips from Donald Trump based on an article from Entrepreneur. 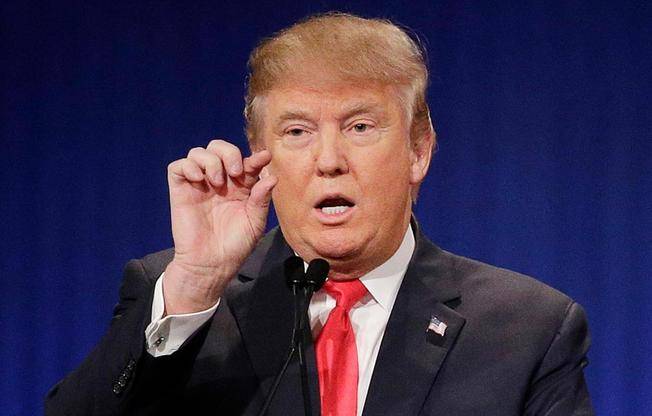 1. Use simple words that even 10-year-olds can understand.

Trump makes sure he gets his message across by using simple words and ditching fancy terms. His opinions are straight to the point which enable his audience to understand him clearly. In business, use simple language to describe your products and services so that customers will understand and eventually buy from you.

2. Believe in what you say.

When Trump talks about an idea, even if it’s too radical, he appears to believe it is the most awesome idea in the world. This a trait you need to have in order for people to believe you. Let them know why your product is the best and don’t second-guess yourself.

Trump does love the limelight and it shows when he’s speaking on stage. His audience enjoys listening to his speeches simply because he’s having fun. When you resonate such positivity when talking to your customers, you get to boost their energy and positive vibes.

4. Try to stand out and be different.

Unlike most politicians, Trump is not your cookie-cutter leader. He is daring enough to say words like “stupid” and “morons” and that makes his personality more interesting. Of course, saying such rude words is not acceptable for entrepreneurs. There’s no need for you to bad mouth competitors in order to be different. The key is to present an idea that has not been offered before.

Trump is not afraid to call other political leaders “morons”, “fools” and “idiots”. Although he often gets negative backlash from being way too honest, he also becomes more memorable. Being honest certainly goes a long way but make sure not reveal dark secrets that can destroy you and your business.

6. Let go of rules and don’t mind if you’re not a perfect speaker

As we all know, Trump is not a perfect speaker but he surely knows how to connect with his audience. In fact, he often speaks in monotone but this didn’t stop him from connecting with people and inspiring action. Develop one or two public speaking skills and focus on telling a real story.