If you want to succeed in business, you have to stand out from the rest of the competition – and that’s exactly what Above Sea Level PH did, almost literally!

Instead of selling the usual ‘calamares’ (squid rings) on the menu, Above Sea Level PH creates a standing ‘butterfly’ figure from the squid. While some called it alien-like, the giant butterfly squid would quickly go viral on social media, driving a lot of people to the restaurant so they can also sample this Instagram-worthy food item.

Above Sea Level PH claims to be the only restaurant offering this type of ‘standing squid’ presentation, making it popular among diners. But not only is the butterfly squid popular because of its appearance, people are coming back again and again to the restaurant because of its taste as well as the budget-friendly prices of the items on their menu.

The price of the butterfly squid depends on its size but, as an example, with a price tag of Php450 for one giant squid, with 4 servings of Java rice included, this is truly an easy favorite among diners!

On TV Show “My Puhunan” hosted by Karen Davila, the restaurant owners share their success story.

Polsan Pangidian and Winna Baldonado, the restaurant’s co-owners, shared the story behind the success of Above Sea Level PH.

The two, especially Polsan, had worked on various jobs, including as service crew in restaurants, call center agent, and even at the bank. But after they had a kid, the couple thought about trying their luck as overseas Filipino workers (OFWs) in Dubai.

They had already processed their papers and had saved Php200,000 for their pocket money when they had this ‘Eureka!’ moment while hanging out at a food park one day. There was an empty space at the food park.

The giant butterfly squid remains a popular item on the menu but Above Sea Level PH also offers other delicious and affordable options.

Above Sea Level PH is available for franchise – and a lot of franchisees have shared their success stories on My Puhunan as well. Most of them revealed that they got their ROI in as fast as 3 months. The restaurant is that popular!

How to Franchise Above Sea Level

If you’re interested in franchising your own Above Sea Level restaurant, you have several options to choose from, but these are categorized by size and store type.

The rest of the balance can be paid on the opening day, allowing the franchisee to still save up enough money for the new restaurant.

Take note that Above Sea Level requires a slot reservation payment of Php50,000. The company requires this to avoid having too many franchisees in one place competing against each other.

Benefits of Franchising Above Sea Level 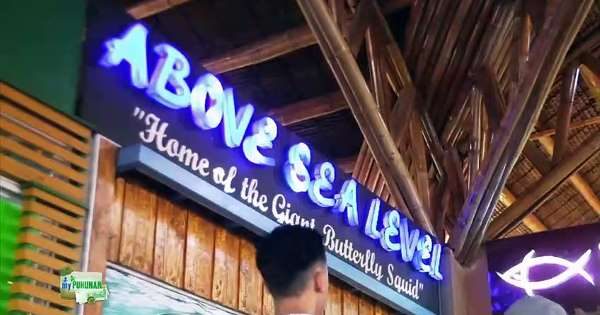 For franchise details, inquiries, and further questions or clarifications, you can reach Above Sea Level through the following channels: