MANILA, Philippines- Are Filipinos consumers ready to live in a world without unlimited rice?

During a Senate hearing on rice production and consumption on Wednesday, June 14, Senator Cynthia Villar said unlimited rice promos of restaurants in the Philippines should be banned. The Senate Committee on Agriculture and Food Chair said banning the said promo would benefit the country in terms of health and economy. 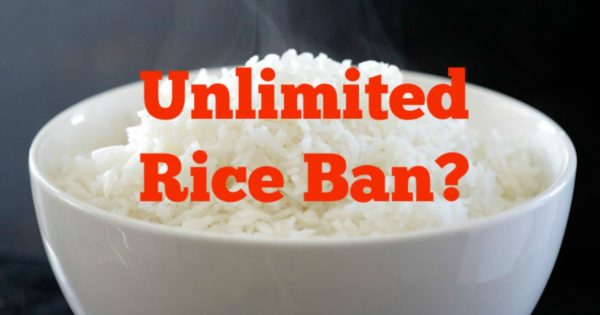 Saying that unlimited rice consumption may increase one’s risk for diabetes, the lady senator suggested the consumption of more vegetables rather than rice.

Villar also urged officials to encourage the consumption of brown rice instead of well-milled rice.

Apart from the health benefits of consuming less rice, such ban would also help the government achieve its rice self-sufficiency target, according to Villar.

Villar’s suggestion quickly earned negative comments from netizens who patronize the unlimited rice promos of several restaurants in the country.

Ang lupit mo naman Sen.Villar; unli rice is given usually for budget meals that our simple folks can afford. Don’t deny them this,” Don Hernz tweeted.

A certain Aira Jane replied: “Stupidest waste of this country’s time and money. Why not do something to actually make our lives better?”

“Why? The senator can afford to buy extra rice,” May Ann Sispon tweeted.