Many of us have this mistaken belief that we need a lot of money to start a business with the potential to grow big. Though that might be applicable to a lot of businesses, of course, there are those that you can actually start using just the money in your pocket – even if that is just P20!

If you don’t believe me, then read on and learn about the millionaire couple who started their business using just P20. It does sound rather unbelievable yet they were able to do it!

Rodolfo and Rosiell De Leon hit the lowest of lows in 2011 after Rodolfo lost his job. With no money left in their bank accounts but needing to feed themselves and their children, Rosiell found P20 in her purse – their last cash. 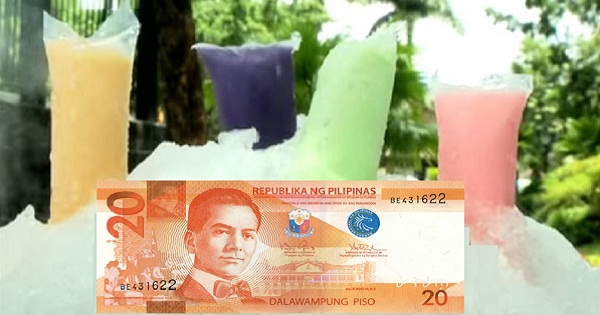 Instead of giving up hope, she used her last money to buy ice wrappers, made 100 pieces of ice, and sold it. She earned a profit of P300 which she used to make ice candy since this might be more profitable. It seems that the couple found their niche – everyone in the neighborhood loved their ice candy. Soon, they had regular customers.

Little by little, they expanded to other areas by selling their ice candy to peddlers. Earning P5,000 a week by then, they thought they just might have the resources to further expand their business to cater to schools and offices in the area. True enough, a lot of canteens accepted their ice candy on consignment basis.

As their business grew, they also experimented on various flavors to cater to the demands of their market. Today, four years after starting their ice candy with a P20 capital, the couple is now earning P450,000 a month!