MANILA, Philippines-A total of 14 Filipino businessmen have joined Forbes magazine’s annual billionaires list this year. While 11 Pinoys made to the list in 2016, three more dollar billionaires have made the cut this year.

Mall tycoon Henry Sy, who now ranks 94th richest in the world, remains the highest ranking Filipino in the list with a net worth of $12.7 billion. His ranking dropped a couple of notches from 71 in 2016. 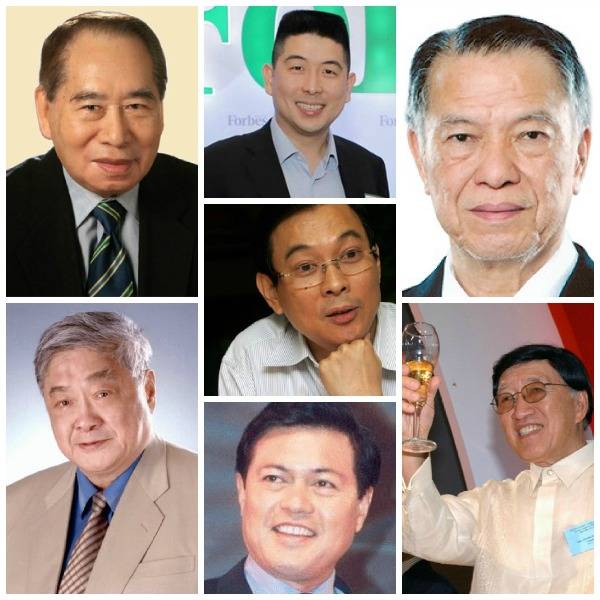 JG Summit Holdings Chairman John Gokongwei Jr., who has a net worth of $5.8 billion, is the second highest-ranking Filipino in the list. He ranks 250 in the world list.

With a wealth of $3.7 billion, airline tycoon Lucio Tan ranks 501 in the world list and is the third-highest ranking Pinoy in the list.

Other billionaire Filipinos who made the cut are the following:

Newcomers in the list include 40-year-old billionaire Sia and Ang. Ongpin, who was not included in previous lists, made a comeback in 2017.

With 14 Pinoys making it to the list, it is a record count since Filipino businessmen first joined Forbes’ annual billionaire ranking in 2003.

Microsoft founder Bill Gates tops the list of 2,043 billionaires in the world with a wealth of $86 billion.