From his humble beginnings in Tondo, Jeffrey Velasco, the Filipino owner of Cuppacity Coffee and Bagels, grabbed every opportunity that comes his way until he was able to earn his place in Ireland’s coffee industry.

Back in the days when he was still residing in Tondo, Manila, Jeffrey used to work as a pedicab driver during the day. At night, he sells ‘balut,’ a fertilized duck egg. Later on, he was able to work as an electronics technician in Taiwan for several years. When his contract ended, he went home and put up a billiards and bar place and an internet café.

Another opportunity knocked at his door in 2006. In Ireland, he is a coffee barista during the day and worked in bed and breakfast during the night. 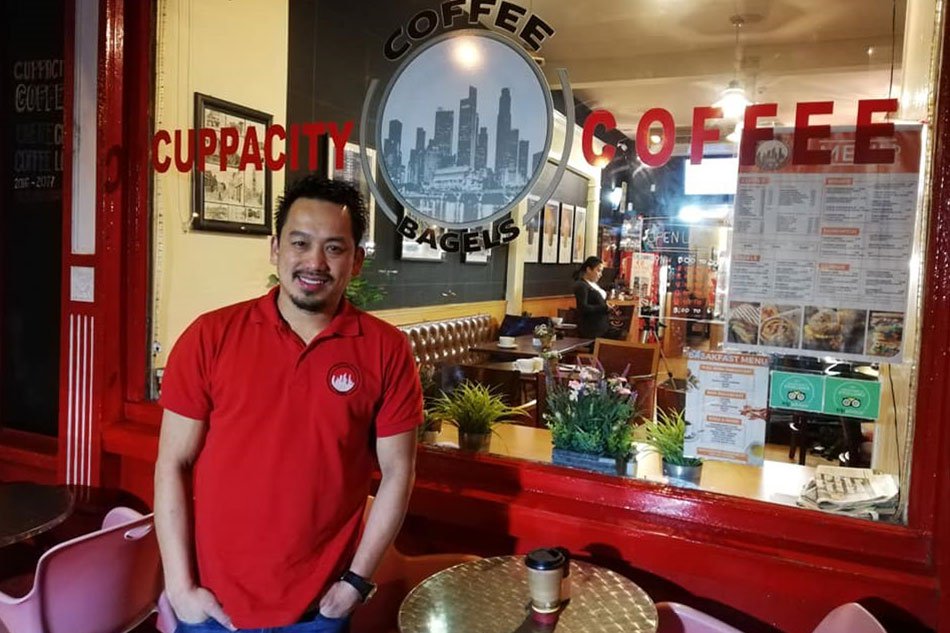 It is through these jobs that he learned the ropes of the industry that he is currently in and has been passionate about.

In 2013, a former employer encouraged him to purchase a failing coffee shop business in the populated city of Cork.

He transformed the place to become a homey, personal, friendly-type of space. As a handyman himself, he took charge of all the carpentry, plumbing, maintenance requirements for the coffee shop. He was also hands-on when it comes to purchasing materials and hiring employees for his business. Eventually, the Cuppacity Coffee and Bagels became a favorite place among the Irish customers, young and old. Jeffrey’s coffee shop was able to build its customer base despite the presence of bigger coffee chains in the area.

In a matter of just two years, after he opened Cuppacity, Jeffrey launched his second branch. It is located right at the center of Cork City, where the competition is stiffer. As expected, the second branch was also a hit, thanks to his experience and right formula.

Jeffrey, who is currently busy preparing for the opening of his third shop, advises everyone to grab all opportunities that will knock on their doors, as it may never come their way again.