Another overseas Filipino worker (OFW) is making waves at a foreign land—proving that Filipinos can be as excellent as they can be.

Jon Edward Santillan, an overseas Filipino worker (OFW) brings home the top prize amounting to 75,000 Dirhams, or more than P1,000,000 from the fourth edition of the Dubai Smartpreneur Competition held as part of the Enterprise Agility Forum 2019 in Dubai, United Arab Emirates (UAE).

Santillan, one of the three founders of the startup business, Denarii Cash, received such prize for winning the contest organized by the Dubai Chamber of Commerce. 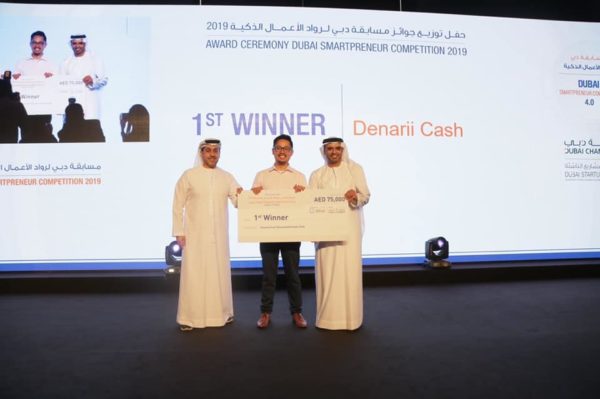 Santillan said that he was surprised and he did not expect such award but he was there at the forum to get out the word about Denarii Cash and meet more exposure of the product for the community.

Nevertheless, he was overwhelmingly surprised about the announcement.

The Denarii Cash is a money transfer application that aims to help OFWs send money to their families in the Philippines.

Santillan added that there are no additional charges if the amount to be sent is around $300 o P 15,500. For remittances more than $300, the sender will have to pay $2.50 or P100 only. The money may be claimed at banks and other cash pick up points.

The OFW said that he is planning to continue the operation of their business. Just like 500 other startup businesses from Riyadh, Saudi Arabia in partnering with MISK Innovation. 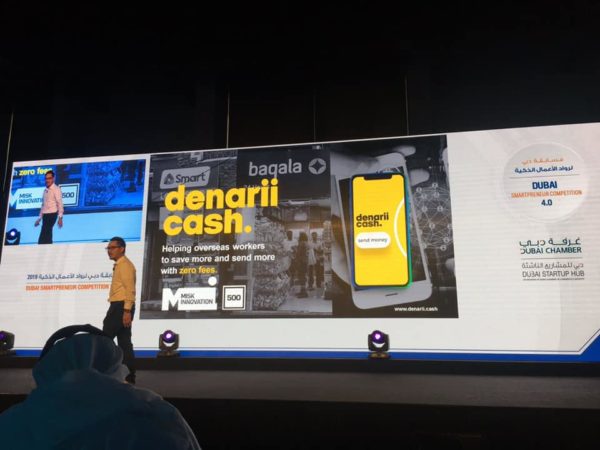 The competition was launched in February of this year and with 500 startup companies, as participants. Ten of these companies went on the final stage of the competition and Denarii Cash is among them, together with other contenders from Germany, Norway, India, and from the UAE, as well.

The said competition was initiated by the Dubai Chamber of Commerce, as part of their plan to make Dubai as the prime international destination for innovative startups.