Have you heard of habanero peppers? A habanero (pronounced ha-ba-NAIR-o) is a small, fiery hot pepper commonly grown in Mexico and Latin America. It’s considered one of the hottest chili peppers in the world. Weird as it may sound, but the habanero could work well in desserts because it has a spicy-sweet taste profile. 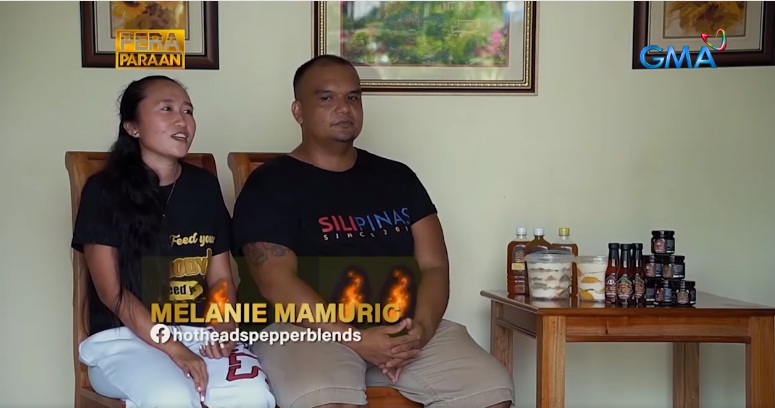 Melanie and Renz Christoper Mamuric of Hot Heads Pepper Blends took ice cream to another level by creating the habanero ice cream. Cold, sweet, and really spicy, it’s a hit in their hometown in Nueva Vizcaya. They shared on Pera Paraan that started their business with P2,000 capital until it grew and now earning 5-digit income monthly.

The habanero peppers come directly from their own farm, so they are assured of their quality. Aside from habanero ice cream, they also have other products, including spicy habanero pineapple vinegar, pineapple chili oil, and more. According to Melanie, they didn’t expect their “spicy business” would be successful. It began with the chili sauce giveaways they had during their wedding. Many of their guests started asking about their chili sauce and were encouraged to turn it into a business. Their business took off, and the rest they say is history.

Like any wise entrepreneur, Renz and his wife reinvest their earnings into growing their business. They believe that their faith in God paved the way for their success. In addition, Renz said it’s important to know your passion as it will lead you to the right business idea.

If you’re interested in venturing into the ice cream business, you can draw inspiration from the story of the Pinay who brought ‘sorbetes’ business to Belgium or the Bicol restaurant that also offers spicy ice cream.

Start by preparing the habanero syrup. Prepare the water, sugar, and sliced yellow habanero pepper. Put everything in a blender and let mix and turn into a watery mixture. Boil the watery habanero mixture in a saucepan until it reduces and turns into a thick syrup. Once ready, set it aside and let it cool.

Whip the all-purpose cream with a mixer until it turns creamy and doubles in volume. Add in the chilled evaporated milk and condensed milk. Combine everything using a hand mixer.

Start assembling your mango-graham layers in your container. Start with the sliced mangoes, add a layer of ice cream mixture, and then the graham crackers. Continue doing the layers until you fill the container. Put the mango-graham in the freezer until it becomes a delicious frozen dessert. Serve ut with a drizzle of habanero syrup for the extra kick.

You can watch the video from GMA’s Youtube channel: