For 27 years, Ely Feria supported his family by working as a seafarer. When the coronavirus hit the world, the Kawit, Cavite, needed to stay home and look for a new source of income.

It did not take him a long time to find one. When his wife, Shiela, told him that this may be the right time to pursue gardening—something he wanted to do when he was still a seaman—he knew he found his answer. To motivate him, Sheila gave him seed money amounting to P5,000 which she saved up from selling clothes and fruits online. 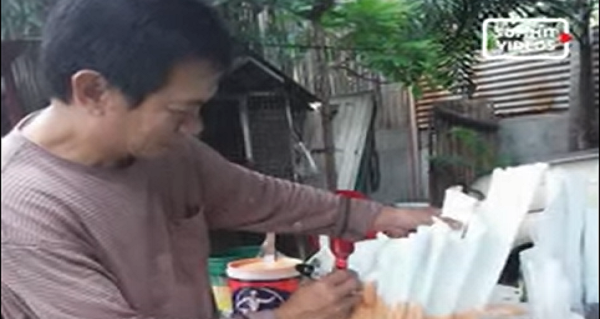 Prior to the pandemic, the couple used to run a computer shop and a billiard business. But, these, too, have to be closed down because of the restrictive lockdown measures.

At first, he used the money into making cement pots. Eventually, he expanded into selling plants.

Ely said that it was hard to adjust, at first, because he was used to the life in the ship. They were able to adjust, little by little. Their earnings from their plant business may not be as big as what he was getting when he was working at the ship, but it helps them survive.

Ely shares that he is happy with the increasing number of their customers. They first started selling plants to their friends, until their customers’ network grew. At present, they are earning up to P10,000 a week.

The former seaman expressed his happiness that despite the pandemic, he was able to pursue his passion for gardening and that they were earning, though they are just staying at home.