With 10 carabaos and land less than a hectare, Danilo V. Fausto started DVF Dairy Farm, Inc in Talavera, Nueva Ecija in 1988. His neighbors found it amusing that a man would need such a number of carabaos for a small parcel of land. Furthermore, they also laughed at his plans for selling carabao milk.

“I was the laughingstock. Nasisira na raw ang ulo ko. Bakit ko raw gagatasan ang kalabaw? But, little did they know, I already foresaw our current situation 30 years ago,” he says.

What he wanted to prove was that the carabao could give them more profit than they can imagine—something that will also improve the lives of his neighbors.

With P5,000 on hand, he started his business and learned pasteurization by reading. He did everything on his own, even delivering milk bottle straight to the homes of his customers before 6 a.m.

He also learned how to make kesong puti from UP Los Baños and pirated a pastillas maker to expand his business.

“By 1989, we started the cooperative and the farmers who used to laugh at me became part of it. And all ventured into carabao milk. I proved to them that could earn more from what they thought is just a mere carabao,” Danilo shares.

And then, the pandemic begins

Danilo’s dairy farm business was not spared from the ill-effects of the COVID-19 pandemic.

They lost their key markets such as hotels, restaurants, and half of the 200 supermarkets that sells and used their products.

He again used his innovative skills to tackle the problem head-on. They revamped their website and marketed their products online. Danilo used their fleet of trucks to deliver carabao milk-based products to Manila, Cabanatuan, Talavera, San Fernando, and Angeles.

Their cooperative also took advantage of the growing trend of urban farming and started producing organic fertilizer from carabao manure. They called it Honest to Goodness Bull Shit. 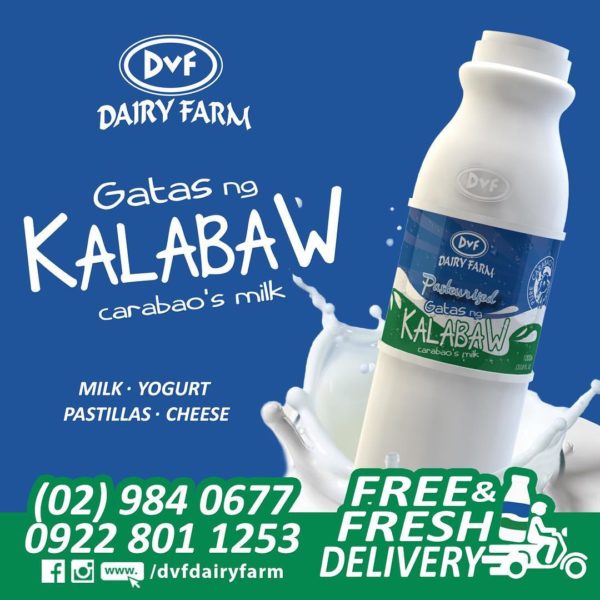 Through his innovations, he was able to expand and sustain his business and provide farmers with income and employment, even during the most trying times.

“That has always been my vision to provide local employment and uplift farmers’ lives. I told my son, who will be my successor, that if the vision of the company is no longer fulfilled, then you better close this company. No matter how much money we are making, if we are not achieving the purpose for which this company was established—even after I am gone—it is useless,” Danilo explains.