The school year 2020-2021 is slated to start on October 5, 2020. As such, parents, teachers, and students, alike were busy preparing for their modular or online classes. Some were already preparing their study areas, practicing online interaction, and answering digital worksheets.

But nine-year-old Gilbert “Eboy” Bandillo still has a long way to go. Living in Barangay Payatas A with his 56-year-old grandmother Angelita Bandillo and his two siblings, Eboy is an incoming grade three student of Melencio M. Castello Elementary School. 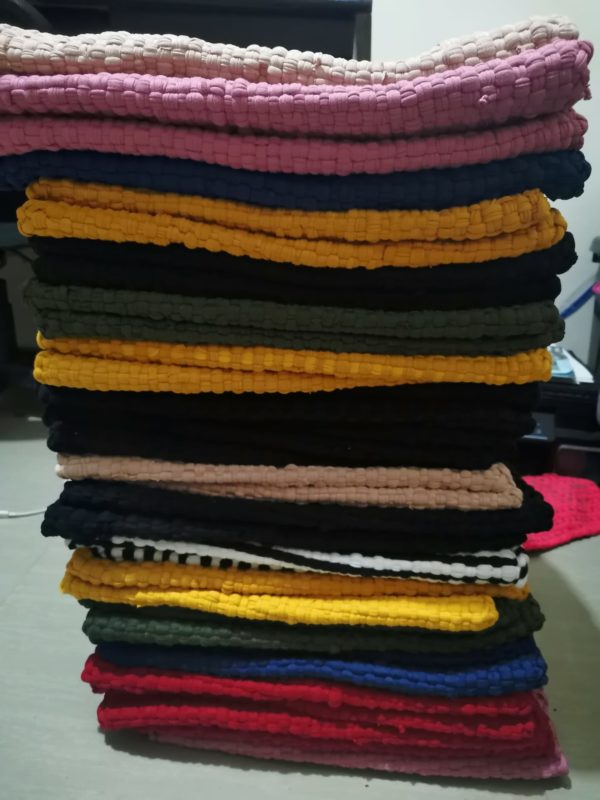 He started weaving rugs when he was only seven years old. According to him, he enjoys making rugs to also help his grandmother earn enough money to support their family.

A neighbor, Gail Valencia, witnessed the boy’s perseverance and admires the way he produces good-quality rugs.

She said that she was amazed that instead of playing games during the lockdown, Eboy chose to make rugs to earn. Furthermore, she added that the family does not rely on somebody else’s help.

Gail helped Eboy and his grandmother promote and sell their woven products through social media. She created a Facebook page which she named ‘Angel’s Rags’ after Eboy’s grandmother. According to her, this is her way of helping out the boy and his family to reach more potential customers. The earnings will be used to buy a cellphone or a tablet that Eboy can use for his classes online.

Because of the quality and workmanship of the rugs, they were able to entice a lot of customers. The income was good, at the beginning. However, they also have a lot of competitors that’s why it becomes hard for them to earn more.

Gail tried to reach out to local celebrities whom she thought could help or purchase the Eboy’s rugs. Celebrities Karla Estrada and Sam YG responded well and offered help to the family.