Filipinos are certified ice cream lovers. If you doubt that fact, just take a look around your neighborhood and you’d probably see a sorbetero making his rounds within the day. Also, ice cream is often the highlight of different celebrations as they are served during birthdays, fiestas, and many others. 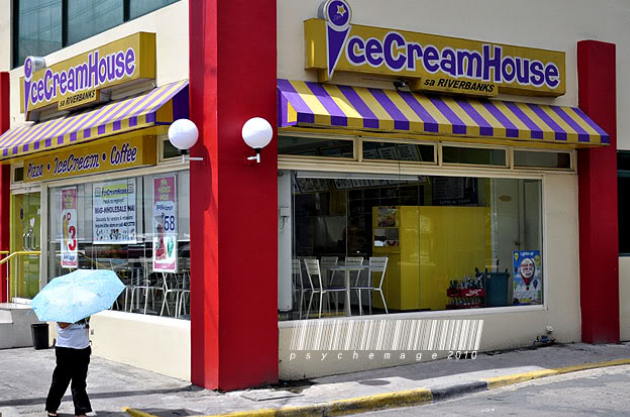 How they named their outlets, however, was a clever way to localize their brand regardless of its location. For example, they have Ice Cream House sa Boni in Mandaluyong City and Ice Cream House sa Scout Tuazon in Quezon City. They use the naming convention in all their 60 other stores scattered mostly in Luzon.

It all started with an ice buko

Jun has been in the ice cream business for over 20 years. Back in 1989, he was an ice buko seller under the brand name Oro Blanco. He made it a point to come up with strategies that made him stand out from his competitors.

Soon thereafter, he also launched Gold Delight, Primrose, So Cool, and John and Candy. The brands achieved popularity in the low-end market.

“When you operate in that world (referring to the CDE market) you’re famous, but at the same time anonymous,” Jun commented. “You’re famous in your world but you’re anonymous to the rest of the world.”

1991 came and he further ventured with his first ice cream store in Sariaya, Quezon. He called it Ice Buko Center and by 1993, he already had 10 stores and around 1,150 vendors in Luzon.

Using a capital of P300,000, he finally launched what would become the first real Ice Cream Store in Pasig City in 2001. It was similar in concept with his previous Ice Buko Center but he mainly focused on ice cream plus he provided other options for his customers such as pasta and pizza. In 2007, he tweaked the name to Ice Cream House.

Nowadays, Ice Cream House is open for business franchising further cementing its reputation as one of the leading ice cream stores in the country.